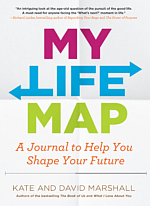 Who’s that galloping thoroughbred who just raced by NFL’s elite defensive players for a 56-yard touchdown? Colin Kaepernick came out of nowhere to capture the attention of America this season. At 25, he’s just in his second year in the NFL, has only started in nine games—yet he’s taking his team to the Super Bowl in New Orleans on February 3, 2013. The York and DeBartolo families are already dreaming of their second 49ers dynasty.

But we shouldn’t be so surprised. As a nine-year-old fourth grader in Turlock, California, Colin wrote a letter to himself foretelling his future with the 49ers.

So what’s in store for the rest of his life? We know he likes to envision his future. Here’s how this writer imagines Colin’s life—past, present, and future—as Colin might see it playing out: http://marshallbooks.wordpress.com/2013/01/30/kap-attack-the-amazing-adventures-of-colin-kaepernick-1987-2097/