Do you love the fresh new covers of our bestsellers The Book of Myself and The Book of Us as much as we do? Both guided journals, with new designs – inside and out – as well as updated content are ready to ship on September 10, in plenty of time for the holiday season.

Many people give The Book of Myself: A Do-it-Yourself Autobiography in 201 Questions to their parents or grandparents to encourage the older generations to write down their life stories to pass on to future generations.

And The Book of Us: A Journal of Your Love Story in 150 Questions is just right for couples, either new or longstanding, to celebrate their relationship.

David found this heartwarming story today about a hospice specialist in Ohio using THE BOOK OF MYSELF: A Do-it-Yourself Autobiography in 201 Questions with her patients to help draw out stories from their often very interesting lives. She says it shows her patients that she’s interested in them on a personal level, and that families are always grateful, and sometimes surprised, by the stories she shares with them. Well done, Melinda!

Not gonna lie, I had a belly full of butterflies about going on American Family Radio, but “Living Life with Lauren” hostesses Lauren Kitchens Steward and Pat Montegue made me feel right at home.

We had a good ole chat about keeping love central in our lives, parenting kids who love wearing Spiderman pj’s, and more. Ton of fun! Have a listen. 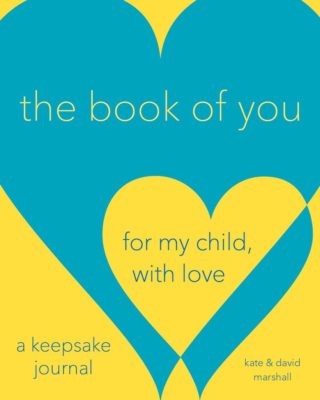 “Storytelling is one way couples bond when a relationship is young. But between long-term partners, the conversation often becomes mundane. Psychologists say it is important to keep telling and listening to each other’s stories,” according to a 7/4/2016 Wall Street Journal article by Elizabeth Bernstein.

So true. Also true – your stories can be told aloud or in a guided journal: What I Love About You and The Book of Us for love stories and appreciation; or Picture of Me and The Book of Myself for stories about you that maybe you’ve never told.

Wall Street Journal article: Why Good Storytellers are Happier in Life and in Love

The Chicago Tribune just printed an article called “Heirlooms are Not Treasures to the Young,” saying that the long tradition of passing down family heirlooms may be coming to an end.

Julie Hall, a North Carolina liquidation appraiser, says “Over the next 15 years, the estate sale market will be flooded with silver flatware, china and heavy, dark furniture that will quickly depreciate in value.” Baby boomers’ children don’t want this stuff, even if their elders consider them family heirlooms. “The kids don’t want 3,000 square feet of dark, heavy furniture because they can’t fit it into their 1,000-square-foot home.” And they don’t want to polish silverware, or deal with china that can’t be thrown into the microwave or dishwasher.

A study by the investment firm U.S. Trust found that “fewer than half of wealthy boomers say leaving their children a monetary inheritance is a priority. One in 4 said they were concerned that money would make their children lazy, and 1 in 5 said their children would probably just waste it.”

So if china/silver/crystal/furniture are not treasures to the young, and boomers don’t want to shower them with money, what does make a valuable heirloom to pass down to the next generation? According to a study by Allianz Life Insurance Co., “86 percent of boomers said inheriting family stories and traditions is more important than inheriting money.”

That’s where Marshall Books comes in! These two journals, when filled with the stories of their family elders, make especially good gifts to the next generation:

The Book of Myself: A Do-it-Yourself Autobiography in 201 Questions

The Book of Us: A Journal of Your Love Story in 150 Questions